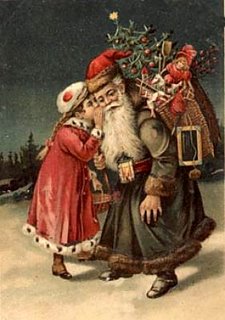 AMSTERDAM (Reuters) - It took two weeks to discover the body of the 43-year-old who killed himself in an Amsterdam attic, leaving a note to say he couldn't take any more.

Abandoned by all who had known him, the man's sad, solitary life would have been echoed in a sad, solitary funeral, were it not for a poet he had never met.

Frank Starik leads a group of Amsterdam poets engaged in a highly unusual civic project -- attending the funerals of the city's unmourned dead and remembering them at the graveside with a specially-composed poem.

It spares people the indignity of a funeral without mourners, says Starik, a gaunt figure in a black jacket with an air of the Romantic poet about him.

"I want to give them back a life, a history," he said.

Amsterdam social services bury some 250 people a year, about 15 of whom leave no trace of relatives or friends. In such cases, the poets are called in.

"It makes us feel better that we can do something for the person who has died," said social worker Jeroen Ranzijn. The poems break the silence otherwise filled by a relative's eulogy.

The city is unique in the lengths it goes for such funerals.

In Amsterdam, his department provides a coffin and -- in a country with flowers in abundance -- a funeral bouquet. They even arrange for a song to be played, guessing what music the deceased may have liked from their possessions or ethnicity.

"Everyone in Amsterdam -- rich or poor -- should have a dignified funeral, with flowers, with coffee and some thoughts about their life," said Ranzijn.

Mostly such deceased are elderly people who have outlived their companions, or asylum-seekers on the fringes of society. Occasionally, they have met a violent end.

Ranzijn attends the funerals and thinks they have the touch of a personal goodbye. That helped in the case of the suicide victim. The death shook him -- they were the same age.

Starik dismisses any suggestions that the poets are motivated by voyeurism, melancholy or a self-indulgent fantasy about death. For him, it is about restoring dignity to the dead and giving poetry a more socially-oriented purpose.

The poets are not out to collect juicy material for their art -- even though the theme of the lonely funeral has featured in works from 18th-century sentimentalist poetry to the Beatles' song "Eleanor Rigby".

Starik acknowledges there is a political aspect to the work.

"Part of the hidden agenda of this is that we have a very right-wing government, who are against foreigners, Muslims, and who are trying to reconstruct a society we had 50 years ago."

"This is not such a nice, tolerant country any more."

For migrants or asylum-seekers who die alone, the funerals are a chance to give them back their humanity and to consider their individual hopes and experiences in a climate contriving to demonise them and view them as a single mass, Starik says.

Dutch society is still reeling from the murder of filmmaker Theo van Gogh by a Dutch-Moroccan Islamist militant in 2004 which provoked an anti-Muslim backlash.

Usually only scant details are available to the poet about the individual, sometimes not even a name. Starik believes that if you know too much about someone it becomes harder to compose.

More often than not, simply the circumstances of their passing are striking and tragic, and worth remembering aloud.

One man, a stowaway, was found dead on arrival from Africa, crushed by the heavy doors of the ferry in which he had hidden. He had a small knapsack on his back with food and medication to see him through to the new life he hoped for abroad.

Starik began the graveside recitals at the end of 2002 and since then he and other poets have attended more than 50 funerals. He hopes the network of poets can one day cover the whole country.

The initial idea, Starik said, came from witnessing changing attitudes to death and funeral lore, and the fear that the burials of the lonely might seem all the more dismal.

"There was a time when death was looked upon in a very instrumental way. That has changed in the last decades particularly with the number of people dying young of AIDS. They knew death was coming and wanted new rituals," he said.

He admits he thought long and hard about how people would respond to the idea of a poet's presence.

"I did fear that there'd be people thinking 'it is bad enough if you die alone, but even worse if some poet shows up for your funeral'."

Tales of the Unexpected 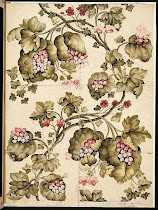 My kind of town

Ask and you shall receive